There are more than 60 ethnic groups in Burkina Faso. The most popular are Moaga, Dioula, and Pular. The capital Ouagadougou, where I was born, is mostly populated by Mossi (plural of Moaga in local dialect). I grew up with Mossi friends and I was fascinated by the fact that every Moaga I knew could tell the meaning of his or her own surname. Unfortunately, I was not able to do so. My quest to understand the meaning of my surname, Bérété, led me to seek answers.

From conversations with my family, I learned that we, Bérété, have our origin far away from Burkina Faso. I asked myself then: Why and how did we end up in Burkina Faso? Later on, through reading blogs such as histoires sahelienes[1] by Youba Bathily[2] and listening to griots also called Djeli in Mandinka language (narrators of African history, who tell stories through songs) I learned that our remote origin was associated with the Wagadu Empire or Ghana Empire, located in the territories of present-day South Mauritania, Southeastern Mali, and Northwestern Guinea (closer to the capital Conakry).

Back then, the kingship was rotated from one family to another among the families that got the right to contest for the kingship. But one of those families had a problem. When it was their turn to take over the kingship, their appointed one was too young. He was actually a teenager. Then, some people from the native population of Kakoro (the first inhabitants) said that this was not right and he was too young to take over the kingship. “Bérété” means precisely this in the local language: “too young to be a king.” This is why the surname “Bérété” came to exist. So, they began to call him and his followers Bérété.

Islam religion was an important part of Bérété’s history. Tunka Manin 1062-1076 (the last ruler of Ghana’s empire before the Almoravid conquest) was the one who converted the Bérété families to Islam religion but he didn’t embrace the faith himself[3]. In 1235, at the proclamation of the Kurucan Fuga, the charter of the Mali Empire, Soundiata Keita, the new ruler of the Mali Empire declared Bérété as a part of the five maraboutic families[4] of Mande. As a result, we have the following patronym: Cissé, Touré, Bérété, Sacko, Diané in French spelling.

Nowadays, the surname has many variants like Berté, Brté, Bilithy, Birity, Biraté depending on the pronunciation. While researching the history of my surname, I observed that, depending on the place, the Bérétés belong to different ethnic groups. We can find Bérété Soninke (Sarakolle,Maraka), Senoufo, Minianka, Malinké, Dafing, Maouka, Odieneka, and even Samo. Thus, the story of Bérété transcends borders. In Burkina Faso, the Bérétés live mainly in Oueleni’s municipality in the province of Leraba, Faramana, N’Dorla, and Maïssara. In Mali, The Bérétés are located south of Sikasso in Misseni, Molasso, Fanterila. In the region of Sikasso, the Bérétés are rulers. In the north of the Ivory Coast, they settled in the Senufo localities of Boundiali, Tingrela (Sissingue), Ferkessedougou, and their presence is also noted in Samatiguila. In Guinea, the Bérétés are represented in some villages of Upper Guinea in Baleya, Nono, and Kouloukalan. According to them they came from the surroundings of Nioro and descended from the Soninké patriarch Mamadou Boudanbouré.[5]

In more recent times, the story of my own family echoes some of the major turning points in the history of our old surname. Migration, religion, and local traditions shaped the biographical path of my grandfather Berté Lassina.

He was the first member of my family who settled in Burkina Faso. I know that Berté Lassina and his twin brother were born in 1890 in Sikasso, the southern part of Mali; more precisely, in Wahebira. He was 1.82 cm tall and loved to wear white clothes. When he crossed the border and came to Kampti, Burkina Faso he did not have children. In Burkina Faso, he had 11 children[6]: Bibata, Tahirou, Issa, Yaya, Amadou, Diakaria, Fatoumata, Karim, Sidi, Abdoulaye, and Mamadou. Among them was my father, Berté Issa. My grandfather was 80 years old when he died from a long illness in 1970.

Berte Lassina was a learned person. He knew how to read and write in Arabic language because he mastered the Koran by heart. My relatives told me that he got a seer gift and was able to predict future events.

Trying to learn more about my roots and the reasons for migration that brought my grandfather to Kampti, Burkina Faso, I conducted an experimental group interview using Whatsapp messages with my relatives who remembered and shared together stories from my grandfather’s life. I created common chat rooms with seven relatives and received elaborate responses from my sister Berté Mariam[7] and Berté Mamadou Aziz,[8] my paternal cousin.

Forced exile for religious purposes is the main reason for migration mentioned during the common conversation. According to my relatives, who are interested in our family history, my grandfather was forced to leave his village after a religious conflict.

Our grandfather left Wahibera because he burnt the family’s idols and local people were chasing him trying to kill him. “Thanks God, they abandoned the idols for Islam[9],” said Berté Mariam during the interview. The act of putting idols on fire was considered sacrilege, an abomination, an attempt to dare the idols. Eventually, this would have led to disastrous consequences, if Berté Lassina did not leave the village Wahibera.

Several interviewees explained that religion was linked to migration. Running his own village Wahibera he hid in an unknown place in Sikasso. I did not receive any specific information about this place. We know that there he was a marabout[10]. He was also the imam, the religious leader of Muslims in Kampti (a village located in Gaoua the southern part of Burkina Faso). Berté Lassina was treated with respect by the local community. Berté Mariam recalls a conversation with her grandmother about his power to predict future events: “You know that in previous times people did not get married randomly. So, someone came to consult my grandfather about marriage. My grandfather said: ‘ko chi tara’ (The marriage will not last.) ‘Even on the wedding day someone will die’. The family members of the man took a loan and they contracted the marriage, but on the wedding day a snake bit a child to death. There are many such stories.”[11] 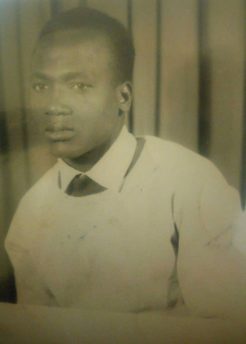 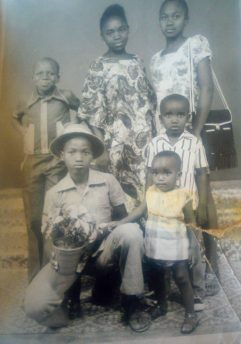 Migration and violation of local traditions and rules

Marriage and unrespected local customs could be among the reasons for crossing borders. My grandfather was obliged to leave the unknown region of Sikasso because the king and his guards wanted to punish him with a death sentence for being in a relationship with the queen. Actually, Berté Lassina wanted to marry her. No one was allowed to marry the king’s wife while the king was still alive. Thus he decided to “kidnap” the beloved king’s wife. She also wanted to marry Berté Lassina because she believed that they will have children together. Until then, she was not able to conceive, but she was willing to give or sacrifice anything only to experience the feeling of motherhood.

According to some family members, allegedly, the king laid a curse on him. During the interview, Berté Mamadou Aziz emphasized the importance of the curse in the family memory asking for more information: “Now, I still want to know more about the famous curse: after my grandfather fled with the king’s wife, did he get cursed by him by saying that his children will not have a long life[12]” asked Berte Mamadou Aziz.

Berté Mariam responded: “Once, Berté Adama[13] asked me: ‘Is it true that we are cursed?’ To me, this is not true. I do not believe it. Otherwise, people had said too much about the curse, it was said and was predicted to the grandmother that her children were not going to have a long life. She had children, you see, and the children died indeed. I do not see the link between this story and the king. Until she was with the king, she did not have a child, but even our grandfather did not ‘solve’ her case. Then she went to another medicine man at Lorepeni.” [14]

During my researches, I was surprised to find that the Bérétés were from different ethnic groups. The Bérétés are Soninke, Senufo, Minianka, Malinke, Dafing, Mauka, Odieneka, and even Samo depending on the place they live. In Burkina Faso, the Bérétés are mostly Senufo and Dafing. In Ivory Coast, they are Senufo, Mauka, and Odieneka. In Mali, their ethnic groups are Senufo and Minianka. In Guinea Conakry, they are Sonike. Berthé Jean Louis Mamadou confirmed: “In Mali, the Berthés are from the region of Sikasso. And the last name Berthé is carried by two ethnic groups: the Minianka and the Senufo. The Minianka are from Yorosso, Koutiala and the Senufo are from Sikasso, Kadiolo, and Fourou”. [15] Berté Mariam also associates the name Bérété with different ethnic groups “I remember that when Baba[16] died, we verified that we were Samo at the village level even in Mali. Ahmed[17] said that he is Senufo, but we are Samo”[18]. Berté Mamadou Aziz was grateful for the group discussion which helped him to be more confident discussing the history of his family name: “Sometimes, people asked me: What is your ethnic group? Sometimes I said that I am Senufo. Sometimes, I said: ‘I’m Samo’. Some other times, I said: ‘I’m Dioula.’ By the way, I was rambling, but now I have confirmation and I will respond: I’m Samo. Now, I could express myself better. I have arguments to prove that I am Samo. In fact, that was the first thing I was looking for, voilà.”[19].

Berté Lassina was the first Iman, a leader of the Muslim community of Kampti, who taught the Koran to his own children and to the neighboring people coming to learn the Islamic faith. His house became a meeting point for education and even a shelter for travalers in Mali. He was renowned as a marabout and a good seer. Nowadays in Kampti, everybody knows Berté Lassina’s family because it is the only one with this name.

I was impressed that Bérété families belong to different ethnic groups. Their ethnic groups changed during the formation of empires and migration in West Africa. Even today, our family needs to remember and do research to say with certainty that my grandfather was Samo.

Remembering together our common family history, helped me and my relatives to reconcile with the past and make plans to visit and continue research on our origins in Wahibera. Now, we are able to understand better our present and appreciate our common legacy. I am grateful to Berté Lassina for his act of courage. He left Wahibera to save his own life, to keep his believes according to his new values, and to practice his spirituality without fear. Each person should have this right.

[2]Youba Bathily is an historian and sociologist. He published numerous works on West African history.

[4] Kuruga Fuga Charter, Article 3: The five clans of marabouts are our teachers and our educators in Islam. Everyone has to hold them in respect and consideration. The charter is quoted in: Abdulaye Sako, Stephen P. D Bulman, and V. F Vydrin, The epic of Sumanguru Kante, (Leiden, Boston: Brill, 2017).

[10]The one people come to learn the Koran (Muslim holy book), the hadiths (the guidance left by the prophet of Muslims), and also to consult for their own affairs, business, marriage, and any kind of difficulty. The marabout is able to foretell the future

[16]Baba is my parternal cousin 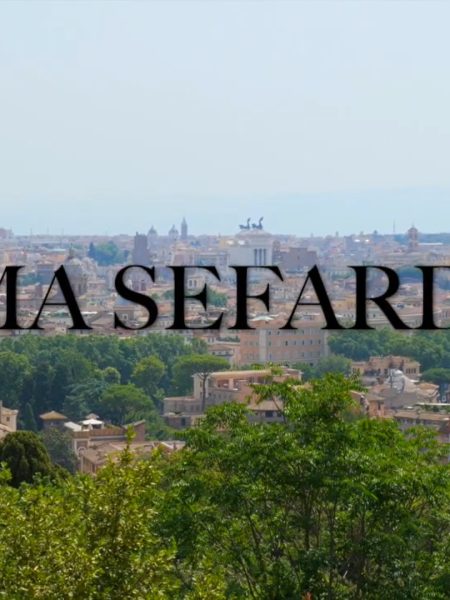 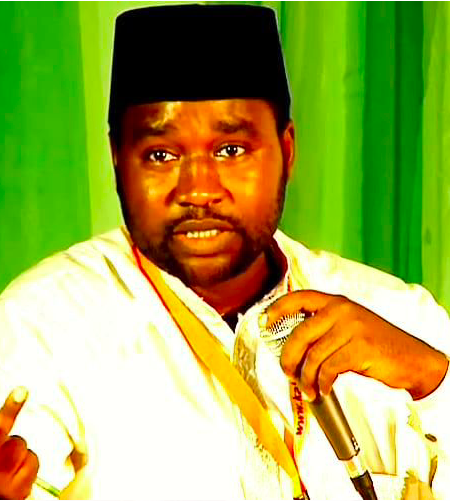